Our experienced team of criminal defense attorneys have taken to jury verdict multiple cases involving murder, homicide, manslaughter, and reckless endangerment. Our attorneys have the ability and skill to represent anyone who is charged with murder and to represent them at the top echelons of the criminal justice system. 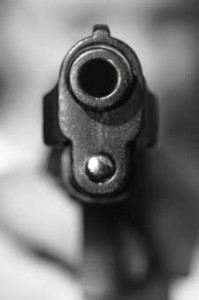 San Antonio Violent Crime Defense Attorney  specializes in defending clients for violent crimes such as murder, assault & battery, manslaughter and vehicular homicide. Charges such as this are very serious with a likely result if found guilty of lengthy prison sentences.

These are some of the most serious charges that one can face. When facing first degree murder charges in Texas, your very life could hang in the balance.  Criminal Defense Attorney  is dedicated to assisting clients in the San Antonio, Texas Metropolitan area who are charged with murder or manslaughter. When facing such serious charges, you need to be sure that your defense attorney has ample experience with these type of cases both in and out of court. We have the experience and resources to perform a complete investigation into the case with a goal in mind of creating a successful defense of the charges in court. Police and Prosecutors tend to investigate crimes with the goal of achieving convictions.  Oftentimes, this leads them to overlook evidence that could exonerate a potential suspect. We investigate all aspects of the evidence with the goal of exposing flaws in the prosecution’s case against our clients, including any potential mishandling of evidence.

Whether you are facing a felony or a misdemeanor charge on assault, aggravated assault or battery, you are facing serious charges with serious consequences. Prosecutors tend to pay special attention to these cases, as they involve the safety of the public. As with all violent crimes, the cases are complex and require special attention to find potential defenses. For example, in cases of domestic violence, many times the only evidence comes from the statement of the alleged victim, which are suspect at best. The police report often contains this inaccurate information.  We do a thorough analysis of all the evidence in the case with the goal of uncovering potential flaws, errors, and omissions in the prosecutions case. San Antonio Criminal Defense Attorney has 20 years of experience defending the rights of people accused of crimes such as assault, battery and domestic violence. 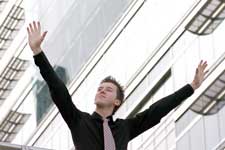 Don’t make the mistake of thinking that a charge is simply going to go away. You need to act quickly. A case could be being built against you right now, with investigators focusing their attention only on that evidence which might lead to a potential conviction. The sooner you have someone on your side defending your rights, and ensuring your side of the story is presented, the better.

Fill out the form on the right or call our office for a Free Consultation about your case. We can inform you not only of the potential consequences of the charges against you, but begin discussing potential strategies of defending against these serious charges.

The first thing to do is not say anything to anyone, especially the police. Whatever you say will be used against you in a court of law. It is important that you immediately contact an attorney if you have been arrested, charged or even suspected of committing a crime. People often wait too long before retaining an attorney.

The early stages of a criminal case can be the most important and people without an attorney by their side often say and do things during those early stages that are used against them later on in trial or during plea negotiations.